Happy hour and after-work drinks often go hand in hand with long days on the job, providing networking opportunities and a chance to unwind. Establishments offering inexpensive drinks between 4 p.m. and 6 p.m. know that it’s a profitable decision, as it caters to the steady demand of those who choose to indulge at the end of the day. 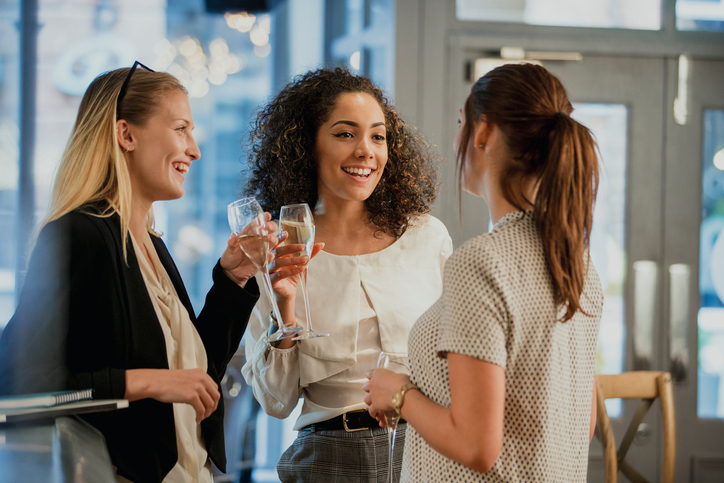 According to a new study conducted by American Addiction Centers and Alcohol.org, the average American worker spends more than $3,000 per year on after-work drinks. This equates to approximately 650 beers over the course of a year.

Many of the potentially far-reaching effects of after-work drinking may not immediately come to mind to those who imbibe, but there are unwanted situations that can arise. According to the study, most workers spend about 2 hours drinking after work, which can extend their day to 11 hours. Alcohol is the most widely misused substance, and frequent drinking can lead to a dependence and/or an addiction.

The Statistics Are Shocking

Additionally, grabbing a drink after work can open the door to situations that companies and employees want to steer clear of. The study found that 14% of respondents stated they’ve acted inappropriately while having drinks after work on at least one occasion. This figure perhaps makes more sense given the 1 in 10 workers who reported drinking shots with colleagues after work.

While HR can establish codes of conduct employees must abide by, there will still be limitations on all employee actions outside the workplace. If a circumstance of this nature were to arise, it should be addressed and handled by HR.

Though not altogether a new phenomenon, the incorporation of alcohol in the workplace has become increasingly normalized in some job settings. Some companies openly offer alcohol to employees as a perk and even designate a day of the week for all employees to have a teambuilding or celebratory drink. With such a lax approach to alcohol during work hours, it isn’t surprising that alcohol after work has become so commonplace.

Even though HR cannot do much to control all actions of employees outside the workplace, HR can help curb workplace drinking before it starts with these tips:

1. Encourage inclusive events. Employees who may be in recovery or simply choose not to drink might feel uncomfortable in an environment where alcohol is abundant. Even worse, those same employees may feel pressured to attend such an event out of fear of repercussions, being ostracized from further events, or being viewed differently by peers. Activities such as escape rooms or themed dinners will be much more inviting and accessible to all employees.

2. Create boundaries. Supervisors should not drink with, or purchase drinks for, a subordinate unless all employees are invited. Today, this sort of gathering occurs frequently, but it could increase the chances of the worker-supervisor relationship becoming somewhat muddled. Cherry-picking employees to fraternize with could undoubtedly create tension and an undesirable workplace environment. To mitigate this issue, management can insist on group lunches or another outing that allows employees to bond.

3. Set standards. Management should suggest and encourage social activities with employees over drinking after work. In time, employees may do the same. According to the Alcohol.org survey, 10% of bosses don’t mind getting drunk in front of employees, which greatly increases the risk of creating an uncomfortable workplace. De-emphasizing happy hour in favor of other ventures can prove to be beneficial to all involved.

While having drinks with coworkers and employees may seem like a harmless bonding activity, things can quickly take a turn for the worse. Companies should instead suggest activities that encourage camaraderie among coworkers, leading to a healthier and stronger bonding experience and lessening the risk of repercussions brought on by after-work drinks.