In HR circles, we talk a lot about the accountability each employee has with his or her interactions and interpersonal relationships. We talk about the individual ownership each person has. We talk about responsibility for culture in the workplace. Part of that accountability and responsibility involves owning the typically unintentional hurt or disrespect each person has caused. But it’s sometimes difficult for a person to know when he or she has caused harm or disrespect to another. 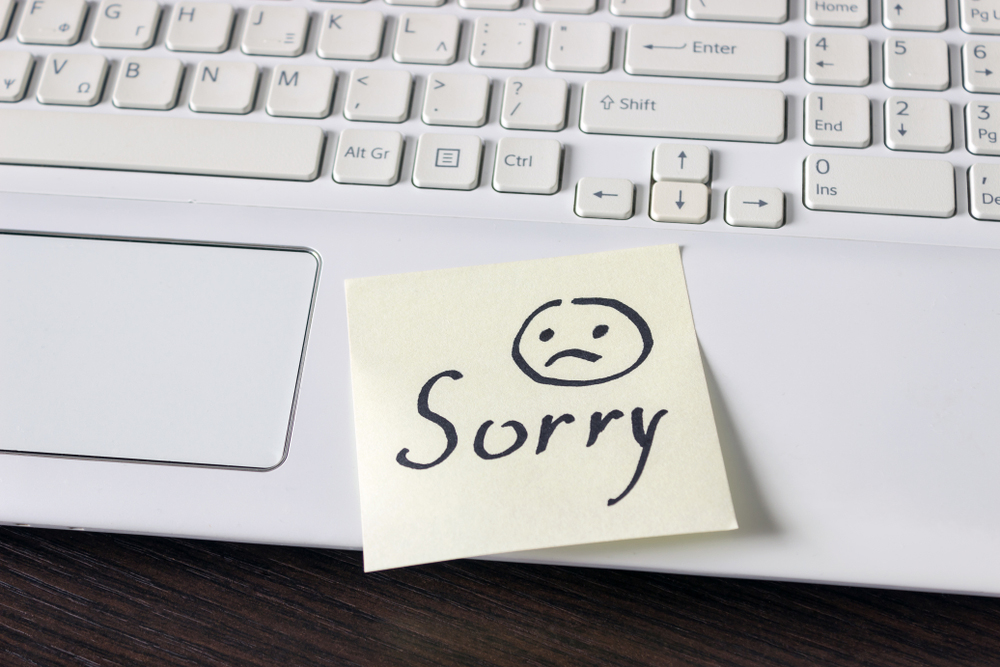 I spend a considerable amount of time thinking about civility in the workplace: what it is, why it can be hard to attain, and what gets in the way. Let’s face it: People are complicated, each in his or her own way.

Inadvertently disrespecting another person comes all too easily. The disrespect may come from actions a person takes, such as how he or she responds to the ideas or suggestions of another. Sometimes, it stems from the actions a person doesn’t take, such as not acknowledging the presence of a colleague or not responding to an e-mail in a timely fashion.

When employees are busy or preoccupied, they often do not think about how their actions and lack of actions affect other people. This neglect or insensitivity is understandable when people are busy, though it still can be damaging for others.

It’s never too late to apologize—even remotely. For me, for instance, it might take months to realize I said something that led the other person to feel—inadvertently, to my mind—insulted or disrespected. (Thankfully, I usually catch it more quickly than that, though.) Whenever I have gone to that person later to apologize, it has always had a positive outcome for my relationship with that person, and it creates or reinforces a sense of “teamness.”  The sincere apology still has great value even well after the fact.

It turns out that people to whom I’ve given a delayed apology have told me that part of the impact was that it showed I was thinking about them and the incident after it had ended. It shows that it hadn’t actually ended for me, and, of course, if they felt disrespected, it hadn’t ended for them either.

It’s clear from the data about incivility in the workplace that feeling disrespected leads employees to try to avoid the person who disrespected them; to lose work time thinking about the interaction; and, worse yet, when chronic, to think about leaving the job. These ramifications don’t even include the average of over 6 weeks per year  (13% of their time) that leaders and managers spend dealing with problems among employees and the effects of incivility, according to one study.

Pause to consider why employees might behave uncivilly to each other. When employees were surveyed about such behavior, more than half said it was because they felt overloaded, and, alarmingly, more than 40% said they had “no time to be nice.” The same survey shows that about 25% admitted they were rude because their leaders were disrespectful. Another 25% said their companies didn’t have guidelines or provide training about how to treat people. These are all things HR can actively address through training and addressing culture issues.

Help employees recognize the effects of what they do or say or don’t do or say. Help them understand that a genuine, heartfelt apology is so important, even well after the fact. Better late than never.