Pay equity has become an important issue in California employment law. It is now a concept of both general fairness and discrimination. For example, employers may not ask about prior salary history because it has been linked to discriminatory factors and reliance on it perpetuates that discrimination. 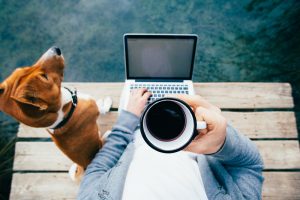 Similarly, the California Equal Pay Act (EPA) requires employers to set benchmark pay scales for jobs to ensure people of different genders or ethnicities aren’t subjected to differential pay for the same job. The EPA isn’t clear on whether an employer can have different pay scales for the same job based on geographical differences. While a $4,000-a-month job may pay well given Stockton’s cost of living, the same doesn’t hold true for an employee working in San Francisco.

But now there are two new factors at play: not only whether an employee works from home but also where he or she works at home.

The Demand of Working From Home

In the current employees’ job market, where there are many more jobs than candidates to fill them, the ability to work fully or partially remotely has become more than a perk; it’s now a demand. Certainly, remote work has a parade of attractive advantages, but perhaps not without a cost.

Google, Facebook, and Twitter are among several large employers providing a range of flexible work-at-home alternatives. But if an employee plans to work permanently away from the office with a lower cost of living, his pay could be reduced. For example, a New York City-based employee living in a less expensive state an hour away by train could be paid 15% less even if he didn’t move, while an officemate living in the city could work from home without any cut—at least for now.

Executive compensation firm Pearl Meyer conducted a 2021 survey showing that 33% of companies applied geographic considerations to their pay structure. But cutting salaries is a difficult sell in today’s market, even if the employee is working from home in a different city. Perhaps for that reason, the percentage of companies actively planning to cut employee salaries remains in the single digits.

A July 2021 online survey commissioned by insurance company Breeze asked workers whose jobs can be done entirely remotely if they would take a 5% pay cut to continue working at home. Sixty-five percent said yes. To continue working remotely, 15% said they would take a 25% pay cut or give up all paid time off. Those figures were relatively constant among all demographic and age groups.

But many managers and supervisors report the cost of full-time remote work goes beyond the current paycheck. On July 26, 2021, the Society for Human Resource Management (SHRM) issued a study showing supervisors have negative perceptions of remote work and a preference for on-site staffing.

Two-thirds of supervisors think remote workers require more time to supervise and are more easily replaceable than on-site workers. Seventy-two percent of the respondents preferred their people working in the office, and 42% sometimes forget about remote workers when assigning tasks.

At the same time, remote workers have reservations about losing opportunities for networking, development, overtime, or promotion. Most employees working from home also have an unreimbursed equipment or furniture expense of a few hundred dollars. Many report a loss of personal connection. Despite its advantages, remote work is not all good

Remote work also adds a new layer of administrative burden. Each home office is one more mini-worksite requiring Occupational Safety and Health Administration (OSHA) compliance, postings of notices, and time and other record keeping. None of those burdens are insurmountable, but each requires cost and attention.

The work-from-home trend might be short-lived. Massive employers like Google, Apple, and Salesforce have developed attractive campuses, some with free pet care and haircuts and others offering free concerts and barbecues. Other employees might miss Wednesday bagels or Friday doughnuts. The value of collaboration might soon vanquish that of isolation.

As I have often said, identifying what makes an employee tick is aiming at a moving target.

But for the moment, everybody has something to gain and something to lose by the sudden advent of the remote-work trend. For as long as it lasts, the genius will be in playing out the savings (from commute time, to a reduced real estate footprint, to lower dry-cleaning bills), while reducing and managing the dangers and costs.

Mark Schickman is editor of the California Employment law Letter. He can be reached at mark@schickmanlaw.com in Berkeley, California.