According to research by The Center for Talent Innovation—a nonprofit think tank and thought leader in diversity and talent management—diverse companies are 70% more likely to capture new markets as they grow. 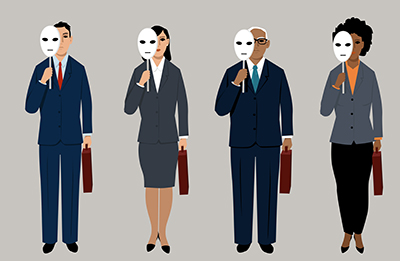 Simply put, diversity drives success. For instance, Boston Consulting Group recently found that companies that have more diverse leadership generate 19% more revenue due to innovation. Already, 8 in 10 Americans view racial and ethnic diversity in the workplace as important, according to the Pew Research Center. The Pew Research Center also reports that Gen Z is the most racially diverse generation in U.S. history, and it expects to work in environments that embrace this diversity.

So, why aren’t more companies better able to attract and hire a more diverse workforce? Why are there only 24 women CEOs of Fortune 500 companies, and why are only 2% of tech executives black?

Research in behavioral economics has revealed a number of unintended biases relevant to recruiting, including:

Employers that successfully transcend implicit or unconscious hiring bias redesign their recruitment strategies to recognize and address bias throughout the process:

Step 1: Determine who will apply. Assess job postings and your sourcing approach.

The job description should clearly describe the role and use language that is inclusive and gender-neutral. Research by Text.io and others has found that words like “self-sufficient,” “champion,” and “ninja” are more appealing to male candidates, while terms including “support,” “trust,” and “commitment” better attract females.

Technology can be used to help diversify sourcing, but it is critical to ensure it does not end up codifying bias. In late 2018, it was found that a major technology firm’s sourcing algorithm was doing just that. As a result of observing patterns within the data, the system taught itself male candidates were more desirable.

Research studies have consistently found that résumés with names associated with women or other underrepresented groups are less likely to get an interview request. Coverage of these findings in the popular press include The Financial Times and Forbes.

In one instance, Erin McKelvey had trouble securing interviews in the tech industry, but after updating her name to Mack McKelvey, her résumé got a 70% response rate; in another, Kayo Anosike changed her name to Kayla and secured a new job in 10 days after previously hearing nothing.

Blinding résumés, or redacting personally identifying information, such as names, addresses, dates, and more, is a practice gaining popularity to help overcome this type of bias and promote diversity. In the 1970s, orchestras started holding blind auditions—placing musicians behind a curtain so they were judged on skill alone—to increase the number of women hires. The change led to dramatic improvements in gender equity.

Judgments made in the first few moments of a job interview often predict the outcome of the interview. Unstructured or ad hoc interviews can create unfair advantages. Shifting to a data-driven interview process—using standardized questions, weighted responses, and individualized feedback—levels the playing field and helps reduce bias.

Step 3: Make diversity and inclusion a part of the offer process and the initial integration into your corporate culture.

One study found that among master’s students at Carnegie Mellon University, 93% of women refrained from negotiating an initial salary offer, while only 43% of men accepted an initial offer; ultimately, the men’s salaries were 8% higher.

There is no easy way to address such imbalances, but studies have shown that transparency about whether a position is negotiable can make a big difference. One study of MBAs found that a gender-based gap in starting pay disappeared when the expectations around negotiability were made clear. Women have been shown to be less likely to negotiate when there is ambiguity. Greater clarity means more equal opportunity.

Successful recruiting means setting new hires up for success, which requires thinking about how new employees are not just onboarded but also integrated. Studies show that the first 90 days on the job are crucial, and that’s as true with managing diversity as anything else. It is imperative to consider underrepresented groups’ needs once they are hired, creating a welcoming and diversity-conscious community from day 1.

When thinking about your hiring process, consider how diversity of perspective can drive innovation and how expectations are rising for organizations to embrace this. And don’t take anything for granted: To attract talent from varied backgrounds, unintended biases in your hiring process must be addressed deliberately and systematically.