We have a lot in common with our border buddy Canada, including crafting recruiting approaches that succeed in highly competitive spaces. Today’s guest works in the video game industry in Montreal, where the competition is steep, but that hasn’t stopped her from onboarding dozens and, in one case, over 100 quality candidates per year. Meet Amandine Laine, Regional Recruitment Manager for Americas at Gameloft Montreal. 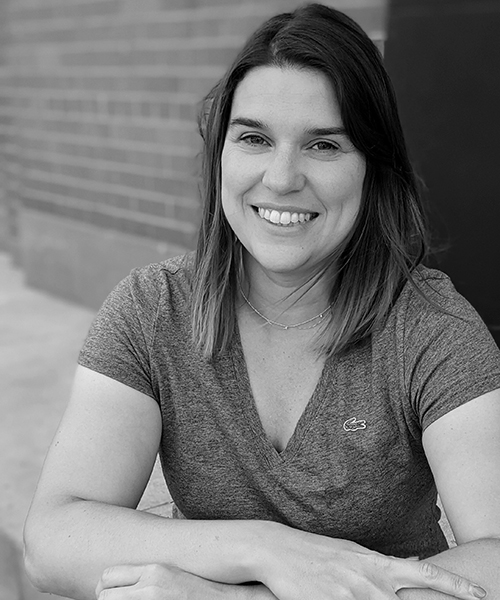 Why don’t you tell me a little bit about how you found yourself in an HR role, or in HR?

Yeah. As you know, I’m from France. I did business school in France, where you do a lot of business cases and internships. I realized that I was more into human management than product management.

I started as an HR major in school with an internship and then directly in recruitment. I don’t know why, but it was something that was attracting me more—I mean, the contact with new people and candidates. Also, in recruitment, you are selling the company and your job, and I like that stuff.

I did a couple of internships in recruitment, and after that, I worked in several companies in France as a recruiter and campus manager. I was a TA at an online travel agency in France. Then I changed countries, meaning I was kind of bored with France. I was like, “OK, I need to see how it goes abroad and especially in North America. OK, let’s go to Canada.” It’s nice and also has another way to do HR and recruitment and deal with employees, and it’s still the case.

I came to Canada 4 years ago now, and I joined Gameloft 3 years ago. I started in the position of lead recruiter in Montreal. I manage the team in Montreal. We are a team of five recruiters or coordinators. Our goal is simply to fit all the positions you can find in the studio. It depends on the year, but it’s close to 60, 70 people per year. Our record was 170 people in 2019. 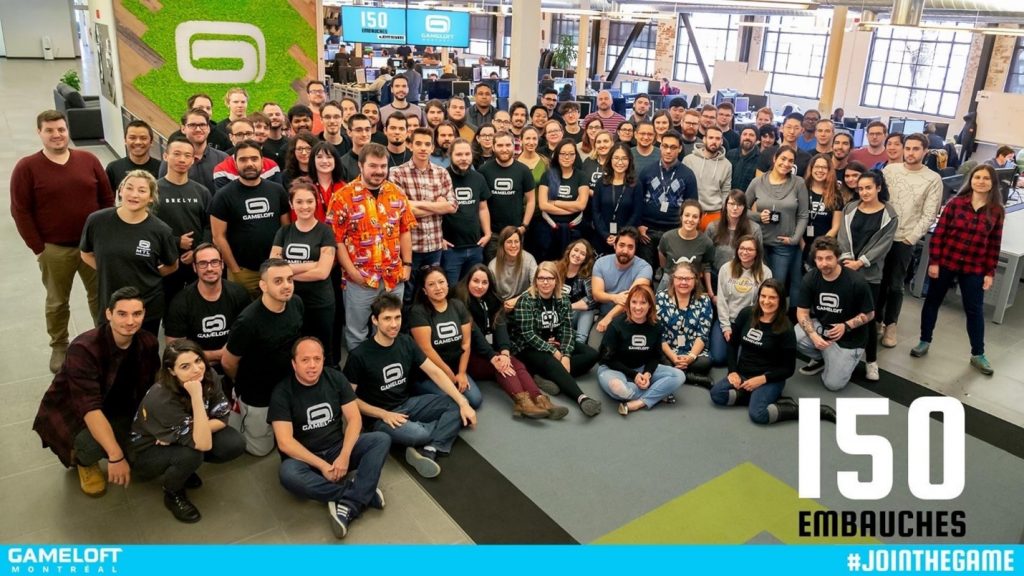 Yeah, big changes. For the last couple of months, I have had more of a regional job, meaning I have to go train all the recruiters we can have at Gameloft in North America but also in Latin America. I’m also trying to track KPIs for our HQ, which is in Paris.

That’s very interesting. Bored with France, you say? I think everybody gets bored where they are, so it can be hard to imagine, as someone from somewhere else, people getting bored with wonderful places.

It is wonderful. Paris is a nice city with a lot of culture and a ton of things to do. It’s more in terms of job management. It’s hard in France. It’s really not the same mindset. Here, it’s like, “OK, here is your chance. Try. We’ll take your ideas, and we’ll try ideas.”

In France, things are more “elite.” Do you know what I mean? If you’re not a lead or a director, maybe sometimes your opinion is really not considered.

Here, it’s really different. I really appreciate it. Gameloft is a good example of that, in fact, because when I applied for the job of lead recruiter for a video game company as someone who never had lead or video game experiences before, they gave me my chance. I appreciate that a lot. And 3 years later, I’ve also grown in the company.

You can’t undervalue being heard. Everyone has ideas. They’re probably good ideas. They work for you. They’ve been thinking about it. Why not leverage that?

Here in the States, we’re having what they’re calling “The Great Resignation.” People are quitting at record levels. Are you guys experiencing that in Canada?

Not now, in fact, but we’ll see what happens. With the pandemic, weird things happened, like they did in recruiting, with the idea behind that being like, “OK, now how to work remotely.” We saw that, of course, it’s nice at some point, but it’s also nice to see your colleagues because with just remote, you have this certain lack of communication.

We are launching a hybrid model during the fall. That means giving employees a chance to work from home but also to come back to work twice a week to see colleagues, for meetings, to have a coffee, to have lunch, etc. We are also trying to be more flexible around being hybrid. But behind that is not just saying, “Oh, let’s say that we will work 2 days, 3 days per week in the studio or at home.” Behind that, you have to think about what is involved, and I mean all the IT resources. Also, the benefits we had in the past in the studio are not currently possible when you are home and this is why we are revamping all our benefits.

What I’m hearing is you’re respecting the various needs of your various employees and planning in advance. It’s incredible how those often work so well together.

There are plenty of people who are doing that down here, but there’s also sort of a large percentage of the organizations that are very traditional, and they struggle to envision a world where people are successful at home. They have to see their employees working in front of them. The employees don’t feel that way, obviously, because they’re just leaving organizations in record numbers, sometimes without having another job lined up.

Yes. There are a lot of forces at play. One thing is that the job market’s so good that you have reasonable belief that if you leave, you’ll be able to find something else.

The other thing is that people want to advance, so recruiters who get stuck on trying to find people in the same role as the role they want to fill are struggling. What they have to do instead is identify the people who are going to be in the role they want to fill but aren’t in that role today. Fewer people are making lateral moves among organizations. They’re moving into their next role. They’re seeing, “I can’t move up here, so I’ll move up over there at that organization.” It’s very interesting to witness, from my perspective.

It also depends on the industry. You’re right because in video games, in Quebec especially, it’s so competitive. There are a bunch of other studios here, so we can’t not be flexible. It’s another possibility for us. We have a lack of candidates in Canada but especially also in our industry.

Therefore, we do mostly tailer-made job positions when we find good candidates. Indeed, we believe that when we find a perfect fit in terms of job and interest, then it is a win-win for everyone, and talents can have fun in what they do.

It sounds like it would be quite the process. Is this your first job in Canada?

My second. My first one was in the aerospace industry.

Did you find there were unique things to the video game industry in particular when it came to hiring? What tactics and techniques are you using?

I think it’s really particular for several reasons. First, as I mentioned, is the competition. In Quebec, we have a lot of big and very famous studios. Some are also independent, and they’re the ones that are sexier for some candidates. You also have the middle studios like us in terms of size. You have a ton of possibilities for the candidates.

But also, what is really unique to the video game industry is people move sometimes not just for a studio or benefits or whatever. They move for a project because they are really passionate people, so they want to work on a project that attracts them. For example, someone is really into a Disney project. It is the dream of this person to work on a Disney project. So it’s not enough to just have relevant work because the person is attracted to the specific project and not just like, “Oh, this is a studio. It looks cool. They have 4 weeks of vacation, health insurance, blah, blah, blah.” It’s really also the project and the timing of the project, too.

I did see that your studio has acquired Oregon Trail. That’s pretty cool!

Yeah. The game was made in Brisbane, Australia. That’s really nice what they did. I don’t know if you also paid attention to the soundtrack, but it’s amazing and was made by our team located in Montreal.

I haven’t played your version, but I did play a much older version when I was a kid, and it resonates strongly in my generation. It was a big deal.

Exactly. In fact, it was the goal. I’m happy you said that.

What’s something coming up that you’re excited about?

Besides recruiting and operational jobs and filling positions with candidates, I would say what could be really interesting for us is a goal we have in mind for the team, which is to be more candidate-focused. Even if we were good with candidates before, I really want to push the “candidate first” approach. I will be really happy if we find a way to show people we care about candidates, we follow up on time with good experiences, and we provide a good interview atmosphere and stuff like that.

As a future project, we want to obtain accreditations as the best experience in terms of recruitment. We want to give candidates proof that it’s not just a “saying”, much like the “Top Employer” accreditation, but the candidate experience, with surveys and analysis based on our results. This will show people that we are committed to their experience and that we are willing to be challenged to continually improve ourselves.