The Congressional Budget Office (CBO) and the staff of the Joint Committee on Taxation (JCT) have completed an estimate of the direct spending and revenue effects of the Senate’s Better Care Reconciliation Act of 2017.

Following the May passage in the House of the American Health Care Act (AHCA), the Senate has now released the text of its own draft Affordable Care Act (ACA) reform bill. 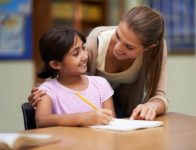 I was thinking the other day about Mrs. Lacroix, my third-grade teacher. One of my classmates was complaining about a perceived slight of some kind—I imagine it had something to do with recess—and her calm response, one eyebrow raised, was, “Well, who ever said life was fair”?

There may be no “I” in “TEAM” – but there’s certainly a lot of dysfunction. Even the best workplace teams aren’t immune to occasional tensions and roadblocks.

On March 6, House Ways and Means Committee Chairman Kevin Brady (R-TX) released long-awaited proposed legislation to repeal and replace the Affordable Care Act (ACA) through a budget process known as reconciliation—a process that allows legislation to be passed with a simple majority in the Senate. The legislation is part of House Republicans’ American Health […]

In late 2015 and early 2016, the Congressional Budget Office (CBO) and the staff of the Joint Committee on Taxation (JCT) estimated the budgetary effects of H.R. 3762, the Restoring Americans’ Healthcare Freedom Reconciliation Act of 2015, which would repeal portions of the Affordable Care Act (ACA)—eliminating, in two steps, the law’s mandate penalties and […]

On January 4, U.S. Representative Mike Kelly (R-PA) introduced H.R. 173, the Middle Class Health Benefits Tax Repeal Act of 2017. The bill seeks to repeal the so-called “Cadillac Tax” provision within the Affordable Care Act (ACA). The provision, which is currently slated to go into effect January 1, 2020, would impose a 40% excise […]