The “skills gap” has been a hot topic in recent years, with media outlets, HR associations, and consultancies all discussing the plight of companies struggling to find workers with the necessary skills and qualifications to perform key jobs. 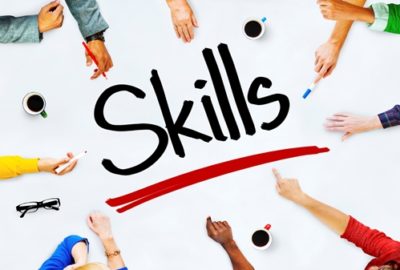 These organizations and others have advocated for greater workplace and vocational training. However, it’s important to take a step back and consider the veracity of the skills gap.

If we consider the history of the labor market over the past 12 or so years, we can get a slightly better picture. When the Great Recession began in late 2007 to early 2008, companies began laying off large numbers of workers.

By 2009, the unemployment rate reached a peak of 10%, and employers had all the bargaining power when it came to hiring decisions. They could and did raise the bar significantly for any open position that arose in the relatively few instances when someone was willing to give up a coveted job.

Since the recovery, the shoe has been on the other foot, with unemployment rates at historic lows. Employees have many options when looking for work, and employers are complaining of having a hard time finding qualified people.

But the real issue may be that employer demands haven’t changed with the shifts in the labor market. When jobseekers are abundant, companies can seek out the cream of the crop. But when there are fewer jobseekers to choose from, companies can’t be as selective as they were in 2009.

Consider education as just one example of an employer expectation that has changed since the Great Recession.

According to the National Association of Colleges and Employers (NACE), between January 2008 and January 2013, millions of jobs were lost and then regained. The end result was a net loss of just 300,000 jobs; however, 4.4 million fewer jobs were held by those without a bachelor’s degree, and 4.3 million more were held by those with a bachelor’s degree.

Positions that were once frequently filled by those without a 4-year degree (nurses, technicians, and certain IT roles) now demand a college degree. Again, this is just one example.

While a tight labor market often does create gaps between the needs of employers and the availability of qualified applicants, there are also cases in which employer expectations need to adjust to the reality of the new economy. Employers must ask themselves if the applicants who are available can do the job regardless of the required qualifications listed in the job posting.