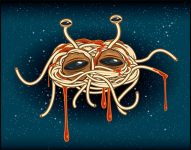 Recently the southern grocery chain, Publix, came under fire for withdrawing a job offer after the worker refused to cut off his dreadlocks. The worker cited his Rastafarian religion as the reason why he refused to cut his hair. This isn’t the first—and most certainly won’t be the last—time employers are met with nontraditional forms […]

Does the old adage, “respect your elders,” take on a new meaning when your elders become your direct reports? According to new survey results, a different “old adage” comes to mind: age is just a number. 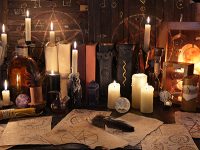 With a shortage of Catholic priests—and younger priests not looking at the task too favorably—there aren’t too many people left who will perform an exorcism. Whether you believe in demon possession or not, one thing is certain: The task is definitely not something for HR professionals! A recent lawsuit filed in the U.S. District Court […]

Recently, HRSBT reported that almost half (46%) of workers have claimed they know of someone who has provided false information on a résumé. However, a new survey—released by CareerBuilder—shows that 75% of HR professionals have actually caught a lie on a job applicant’s résumé. The survey also shows that 12% of HR pros are more […]

Kudos to all the garbagemen and -women, sewer workers, plumbers, and every other job that we, as a society, take for granted—while some people refuse to do these jobs, someone’s got to do it! But the bigger question to ask is, Are these workers even happy doing the jobs no one else will do?

According to the Equal Employment Opportunity Commission (EEOC), Title VII of the Civil Rights Act of 1964 (Title VII) makes it illegal to discriminate against someone based on race, color, religion, national origin, or sex, but could being “cute” get added to this list? A recent decision from the New York appellate court has left […]

The southern part of the United States has been through the ringer these past few weeks, with Hurricane Harvey attacking Houston, Texas, in late August and Hurricane Irma pummeling the Florida coastline in early September. Many residents in both areas were forced to evacuate their homes and businesses in order to stay safe. Now that […]

HRSBT recently reported on the predicted costs this year’s eclipse had on employers’ bottom line—roughly $694 million—and if you missed the path of totality during this year’s eclipse, fear not, the next one should be making its way into the United States on April 8, 2024. 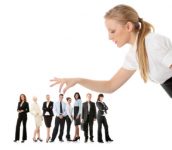 As an HR professional, you probably encounter hundreds of résumés at any given time—and let’s face it, sometimes it’s a mundane chore to sift through the candidates trying to find the perfect fit. You’ve probably encountered résumés filled with typos and some that seem to stretch the truth a little too far, but once you’ve […] 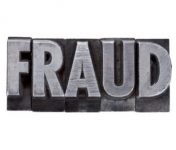